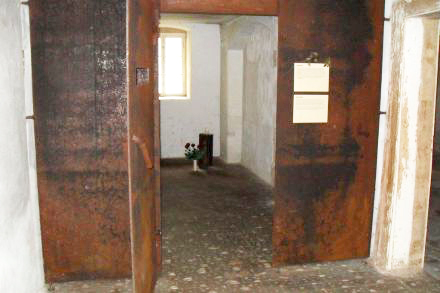 The memorial at the historical site of the the former Sonnenstein sanatorium located in Pirna shows the memorial area and a permanent exhibition illuminating the history of the National Socialist programme of medical murders code named 'Action T4'.

On this site in 1940 and 1941 the National Socialists murdered 13,720 people, most of them mentally ill or retarded persons. Over a thousand prisoners from concentration camps also died in the summer of 1941 in the gas chamber in the basement of the building.