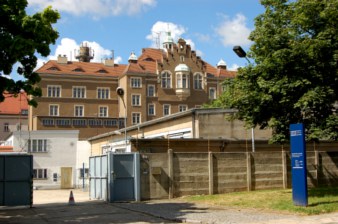 The name of the small Saxon town of Bautzen barely stands like any other for injustice and political persecution in the Soviet occupation zone and in the GDR (former East Germany). „Those who hear the name of Bautzen have to think on jail!“ a regional newspaper titled in summer 1999.

The building of the former „Stasi prison“ houses a memorial today who commemorate on the victims of the two Bautzen prisons. In that jails of Bautzen One and Two during the periods of National Socialism, Soviet occupation and dictatorship of the Socialist Unity Party of Germany (former East German ruling party) political opposers were held under inhuman detention conditiones.

The permanent exhibition documents the suffering of the victims and reveals the politcal and historical context. Furthermore visitors may see the detention cells, the isolation tract and the exercise yards of the former special detention prison Bautzen Two operated from the Ministry of States Security of former East Germany.

We will be happy to mail you information material about the Bautzen Memorial. Please give us your postal address.