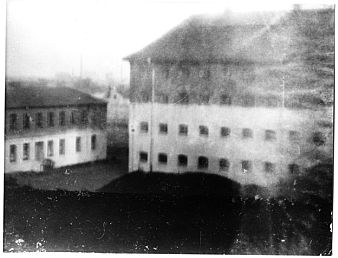 The former Wehrmacht prison and Soviet special camp Fort Zinna served as an East German penal institution from 1950 to 1990. The purpose of the penal system was to train the prisoner to respect the laws of the socialist state. However, the prisons did serve to protect society against criminals. The first inmates included incoming prisoners from the decommissioned Soviet special camps. They had been convicted by Soviet military tribunals of making statements against Soviet occupation policy, of 'espionage' or because of their behaviour during the National Socialist period.

Active opponents of the policies of the Socialist Unity Party (SED) who had been convicted by East German courts were also imprisoned in Torgau in the 1950s and 1960s.

Later the majority of the prison population consisted of inmates convicted of criminal offences. Yet there were also prisoners who served time in Torgau for 'illegal border crossing' or other 'crimes against the German Democratic Republic'.

Prison life in Torgau was characterised by strict domineering control and harassment. Inmates were spied on by fellow prisoners and prison wardens. The prison was decrepit and overcrowded. Hygiene and health protection were insufficient until the end. The work norms were high.

In the autumn of 1989 prisoners rebelled against these conditions. Since German unification in 1990 the former penal institution in Torgau has been a correctional institution of the Free State of Saxony.